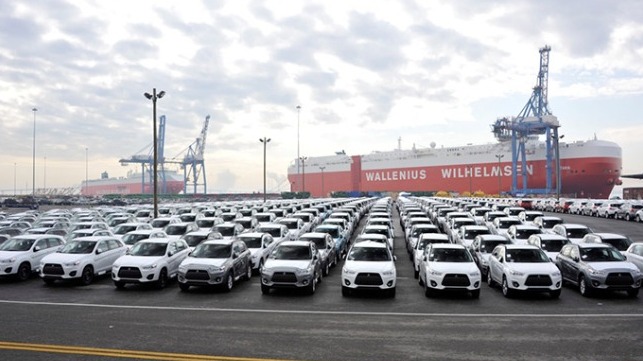 The U.S. House of Representatives passed the new trade agreement between U.S., Mexico, and Canada (USMCA) on December 19. The agreement is expected to be ratified by the Senate in 2020.

One of the most significant changes for the automotive sector is the update of country of origin rules. Automobiles must have 75 percent of their components manufactured in Mexico, the U.S., or Canada to qualify for zero tariffs, up from 62.5 percent under NAFTA.

This clause and the U.S. tariffs on steel and aluminium are protectionist measures aimed at U.S. automotive manufacturing jobs. The measures are against the free trade principles that drive increase competitiveness and lower prices. The increase in prices will be supported by the consumers, and the competitiveness of North American automotive sector will decrease compared to other regions.

In addition, new labor provisions require 40 to 45 percent of automobile parts to be made by workers who earn at least $16 an hour by 2023. Mexico has agreed to pass the labor laws that allow labor unions to inspect factories to ensure the new labor provisions are implemented.

One of the main automotive plants in Canada, the GM in Oshawa, Ontario, stopped producing vehicles on December 20, as announced in 2018. GM has been in operation in Oshawa since 1953, while the company first started producing vehicles in 1918. It is estimated that nine out of 10 vehicles assembled in Oshawa were exported to U.S. GM is investing CAD 170 million to transform part of the Oshawa assembly plant into a new GM Auto Parts manufacturing operation and to create the 55-acre "McLaughlin Advanced Technology Track" for testing autonomous and electric vehicles.

Trump’s new USMCA trade deal looks a lot like NAFTA. Here are key differences between them.

President Trump and House Speaker Nancy Pelosi on Tuesday announced a deal on the United States-Mexico-Canada Agreement (USMCA) that will bring it to a vote in Congress and remove the last barrier to enact the trade pact. The Wall Street Journal reports the vote will be held next week.

The agreement between congressional Democrats and the White House comes after rounds of negotiations that stretched for more than two years between US, Mexican, and Canadian officials. Their intention to redraw the North American Free Trade Agreement, or NAFTA - the trade deal regulating international business around North America for over a quarter-century.

Trump tweeted early Tuesday morning and championed Democratic support for the deal, calling it a win-win for everyone in the United States.

"It will be the best and most important trade deal ever made by the USA. Good for everybody - Farmers, Manufacturers, Energy, Unions - tremendous support," Trump said. "Importantly, we will finally end our Country's worst Trade Deal, NAFTA!"

It was held up in the US as Democrats, particularly progressives, demanded tougher labor and environmental protections and stronger enforcement provisions. They were able to lock in those additional rules sought in the emerging deal.

The three leaders - President Donald Trump, Canadian Prime Minister Justin Trudeau, and Mexican President Enrique Peña Nieto - signed the agreement late last year but final revisions must also be approved by each country's legislature and leadership before it comes into effect. Mexico ratified the agreement in June and Canada is on its way to doing so.

Congress is expected to pass the agreement with bipartisan support, giving the president a major trade victory as he attempts to fight off Democratic-led impeachment proceedings and campaign for reelection.

Trump and other US officials have long called NAFTA dead, saying the USMCA is a wholesale overhaul of the agreement. Despite Trump's declaration, the USMCA still maintains large swaths of the original deal and is more of an update to the existing deal than a full-on rewrite. But there are some key differences.

Ventus Global Logistics is strategically located in Laredo, Texas and specializes in land, air, and ocean freight. Ventus Global Logistics maintains a brokerage presence in all of Mexico's main customs offices. Get comprehensive data on your material inventory whenever you need it thanks to our web portal. Contact us today for a free consultation.