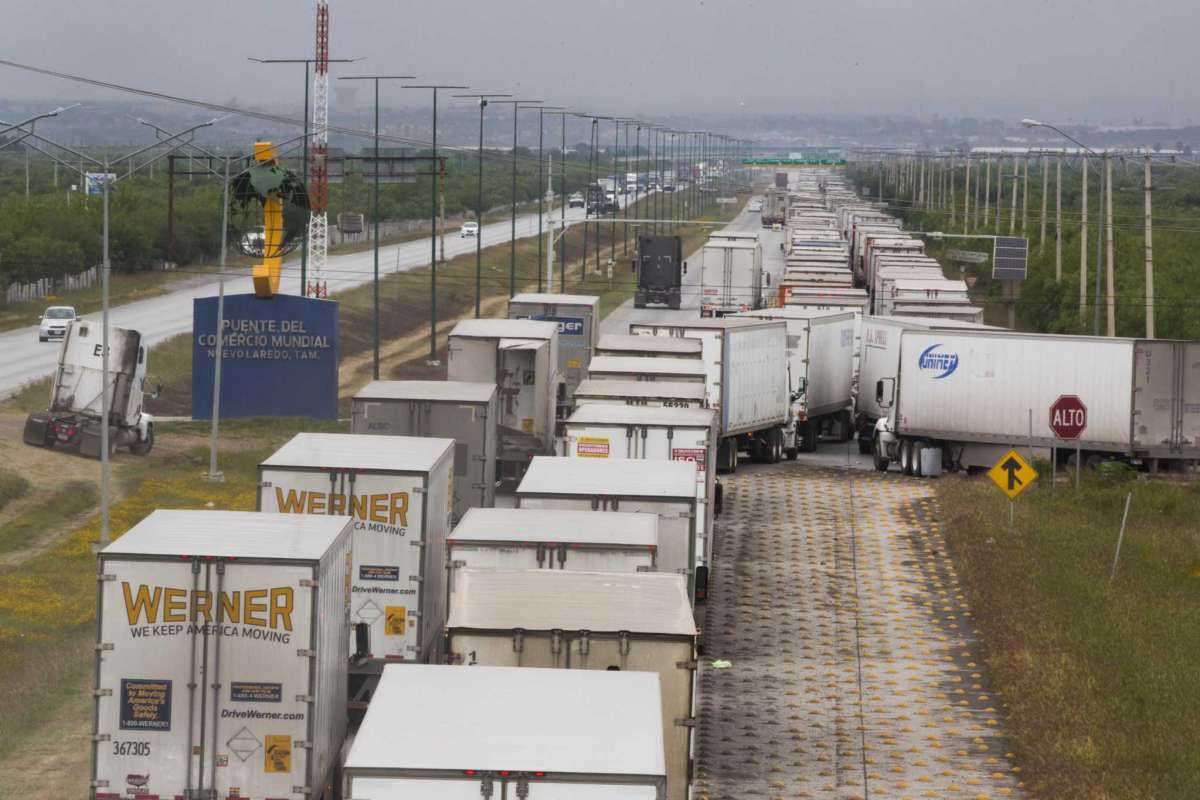 NUEVO LAREDO, Mexico - U.S. President Donald Trump hasn't followed through on his threat to shut the border with Mexico, but one crossing here that connects this Mexican city with Laredo, Texas provided a glimpse of the chaos and economic disruptions that it would likely ensue.

Lines of 18-wheeled semi-trucks carrying auto parts, produce and other goods for U.S. consumers and businesses stretched more than six miles into Mexico Wednesday after the Trump administration shifted Customs and Border Protection agents from Laredo and other Texas border crossings to El Paso and the Rio Grande Valley to deal with the flood of asylum seekers from Central America. Waits to cross the World Trade Bridge, which normally run 30 minutes, reached more than three hours.

The impact of the delays was being felt on both sides of the Rio Grande, with those who depend on U.S.-Mexico trade barely able to consider what would happen if the Trump closed the border. Ernesto Gaytan, president of the Laredo company Super Transport International, which has 200 trucks on the American side of the border and 300 more on the Mexican side, said he couldn't put a number on it, but knew the delays were costing him money. A complete border shutdown, he estimated, would cost his company $200,000 a day.

On the other side of the border, Roberto Hernandez was idling at the back of the line with hundreds of 18-wheelers ahead of him. Hernandez doesn't get paid by the hour, but rather by the number of loads he delivers.

Usually, he makes four cross-border runs a day, earning the equivalent of about $15 per load. But he was only able to make two trips on Tuesday and his is daily pay fell to $30 from $60.

Ventus Global Logistics operates out of every port in Mexico and we can reroute your goods through other ports even with a border slowdown or shutdown. In addition to land freight, our air and ocean freight services cover both consolidated shipments (LCL) and containers (FCL). Call us today for a FREE quote or fill out our online form.